From Darkness to Sight shares the remarkable life journey of Dr. Ming Wang, a world-renowned laser eye surgeon and philanthropist. It is an inspirational story of how one man turned 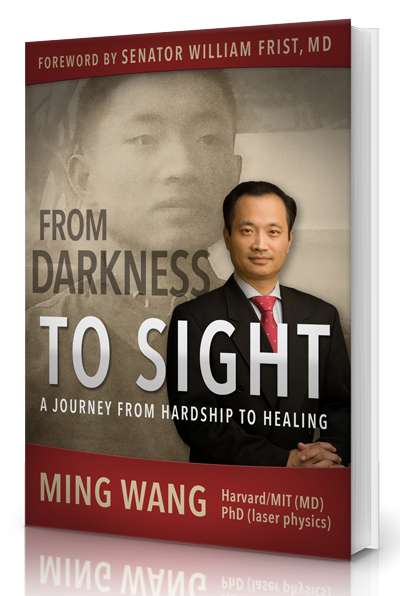 fear, poverty, persecution, and prejudice into healing and love for others.

As a teenager, Ming fought valiantly to escape one of history’s darkest eras— China’s Cultural Revolution—during which millions of innocent youth were deported to remote areas to face a life sentence of poverty and hard labor. Through his own tenacity and his parents’ tireless  efforts to provide a chance of freedom for their son, Ming eventually made his way to America with only $50 and a Chinese-English dictionary in his pocket, but with an American dream in his heart. Against all odds, he earned a PhD in laser physics and graduated magna cum laude with the highest honors from Harvard Medical School and MIT. He embraced the Christian faith and tackled one of the most important questions of our time—are faith and science friends or foes?—which led to his invention of a breakthrough biotechnology to restore sight.

Dr. Wang has performed over 55,000 eye procedures on patients from nearly every state in the U.S. and over 55 countries.  ese include over 4,000 physicians, earning him the moniker “the doctors’ doctor.” He received the Outstanding Nashvillian of the Year Award from Kiwanis Club International, NPR’s Philanthropist of the Year Award and an honorary doctorate degree from Trevecca Nazarene University.

Dr. Wang has published eight textbooks and over 100 articles, including one in the world-renowned journal Nature, holds several U.S. patents, and performed the world’s  rst laser-assisted arti cial cornea implantation. He received the Honor Award from the American Academy of Ophthalmology and the Lifetime Achievement Award from the Association of Chinese American Physicians.

Dr. Wang is currently the only surgeon in the state who performs 3D LASIK (18+), 3D FOREVER YOUNG™ lens surgery (45+), and 3D Laser Cataract Surgery (60+). He established a non-pro t foundation that provides sight restoration surgeries free of charge for indigent patients who otherwise would never be able to a ord them.

From Darkness to Sight demonstrates how focus, determination, humility, and profound faith can inspire a life that, in turn, impacts that of countless others.

“Dr. Wang is not only a dear friend and the very best eye surgeon; he is also one of the greatest people I have ever known.” — Dolly Parton 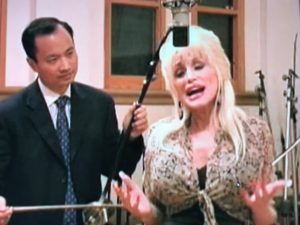